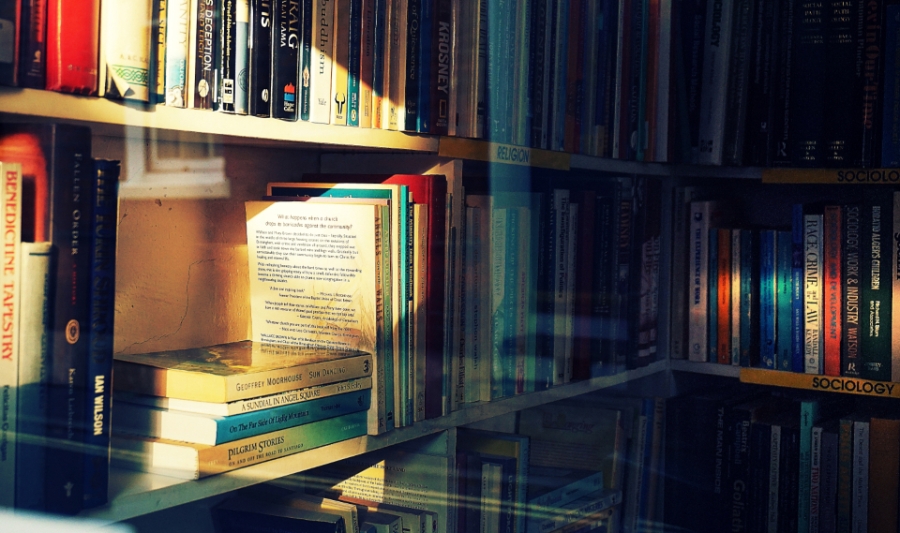 I came across a tweet the other day that got me thinking.  It read, “Do you believe that creative writing can be taught?”

People offered opposing views: some were determined that the ability to write is something you’re gifted with, and some argued that absolutely writing can be taught, and they were living proof of that.  But can you teach it?  I got a degree in it, and there are enough books on writing advice and process that you would think so.  But can you really teach something that requires so much individual creativity?  Can you take a novice writer, set them up in a classroom, and confirm that when they graduate, they’ll have a voice?

When I was a creative writing major in college, we submitted stories and prose for critique in workshops.  The one theme that seemed ever-present in the feedback of my writing was this: there is no distinct voice.  Even my peers saw the lack of personality in my writing.  I needed to “find my voice.”

Okay, what?  I have to find it?  Is it, like, hide-and-seek with elements of fiction?  How on earth do I find a voice?  This frustrated me to no end, because it seemed there were no shortcuts. I couldn’t drink a magic potion or pick up a copy of ‘Developing a Voice for Dummies.’  I had to embark on my own journey to discover it.

In your basic creative writing classes, you learn that writers need a tool belt of handy gadgets to build a successful story: hammers, nails, etc. Ha, maybe not hardware, but you need to be skilled in plot, character development, setting, theme and conflict. Oh, and the most tricky one: voice.  Now that I look back on my experiences in a college, I think you can learn a lot about writing within the confines of a classroom.  You can learn what turns in a story make a plot work.  You can learn how to build an immersive setting.  You can even learn how to whip up likable (or distinctly unlikeable) characters, and then unleash them against each other to create conflict.  But voice is different.  Voice seems to be the one thing you can’t necessarily learn, but ultimately as a writer have to find.

I think it’s important to also understand what exactly voice is.  Yes, your characters need unique voices to set them apart in dialogue, but you as the teller of the story need your own personal style too.  When you read a passage by Billy Shakespeare, it sounds like Shakespeare.  Or if you dip into some J.K. Rowling, you can tell it’s her behind the words, every time, even the books under Robert Galbraith.

Neil Gaiman, who has undoubtedly mastered this, says that young writers need to write a million words before they eventually find their voice.  It’s deep within each of us, and we just have to slough through all the crappy stories and false starts to finally get to it.  Young writers try on voices of other authors, mimicking another’s voice in their own stories.  You pick it up from reading their work and try it on for size, but it won’t fit, because it’s not your own.  Gaiman claims that eventually, when you write, the subjects will be different, but it will all sound like you.  That’s the goal.

I took a break from fiction after college.  I’d just accepted a job as a full-time editor at Justine Magazine, a national print publication for teenage girls, and I was saddled with the task of churning out anywhere from three to seven articles per week.  I interviewed young up-and-coming celebrities, wrote top tips for building self-esteem, even reviewed new affordable makeup products.  Justine‘s voice was that of your older, wiser big sister, advising girls battling the pressures of high school that she had already conquered. Because we were constantly working to keep up with the short attention spans of today’s teenage girl, and the pace of this job was so expedited, I got to the point where I could spit out an article in an hour or two.  I loved this job, and after each issue, I found myself growing more and more confident in my writing.  I don’t know if I wrote a million words during that time, but it was a lot.

Justine folded, and I started my journey in freelance journalism.  I noticed that no matter the topic my editors assigned me (I’ve written about everything from custom treehouses to skin cancer) that same pithy, big sister voice made its way into the article.  It always sounded like me, not like a writer I was trying to imitate.  The feedback I got on those pieces surprised me.  My editors liked my voice, the voice that just a few years ago I didn’t even possess.  That’s when I realized that maybe I finally had one.

The turn of events that brought me to this discovery is surprising to me, but here it is: I didn’t develop my voice for fiction until I fell in love with journalism.  Who would have thought that a stint in nonfiction would ultimately help me with my novels?  Interviewing industry professionals and asking them the questions I was dying to know made me realize what I was curious about. Writing my opinions about curling irons, trendy workouts and summer blockbusters helped me get to know myself as a writer, and as a person.  Figuring out how to frame my opinions, tell the story in my way and make it entertaining, article after article, led me to my voice.  When I returned to fiction, I noticed something.  I wasn’t writing someone else’s book, or a book tailored for the tastes of an audience.  I was writing it for me.

If you’re struggling with finding your voice, I have some bad news.  I can’t teach you how to develop one.  But, I can give you suggestions to help you uncover it, based on my own personal experiences.  Journal.  Write a diary.  Ask a local publication to assign you a story.  Have an opinion, and think about why it is that you feel that way.  Write about the world around you from your perspective, no one else’s.

Eventually, you won’t feel like you are trying on another’s writer’s voice for size.  You’ll be sporting your own.

One thought on “The Unexpected Antidote for Finding Your Voice”